Serving Dinner
Our operating hours, Monday-Saturday from 5:30 pm.
We are closed Sundays.

Our outside terrace/outside dining is weather dependent.

We look forward to seeing you! À bientôt!

The History of the Olde Marco Inn 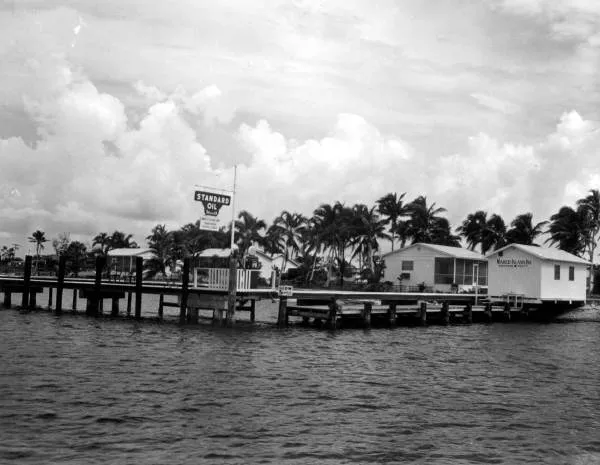 After the Civil War, a handful of pioneers chose to settle on the old Calusa Indian shell mounds that the islands of Southwest Florida offered. Homesteaders tried to make a living by commercial fishing in the rich estuaries, burning buttonwood trees to make charcoal for sale in Florida’s largest city, Key West, or planting garden crops of vegetables and fruits to be shipped for resale.

But the “Silver King” changed all that. An 1874 report from New Smyrna Beach reported that “the tarpum (tarpon)....is rarely taken with the hook and line, as it generally carried away the tackle.....The only successful way, I am told, is to strike it with a harpoon...”

The Ft. Myers News Press reported that Mr. W.H. Wood of New York, had, between March 19 and 31, 1885, landed five Tarpon averaging over 100 pounds each on a rod and reel. This feat, that a tarpon could be caught by a sportsman, was given national publicity. The discovery started an international craze. Hotels were immediately under construction to house the sportsmen flocking to Southwest Florida. The Marco Inn, built in 1883, was remodeled into a hotel. The Inn rented rooms for $2/day and opened with twenty-four sleeping rooms and a two-story outhouse (the only one of its kind) as reported by Ripley in his “Believe it or not” column. 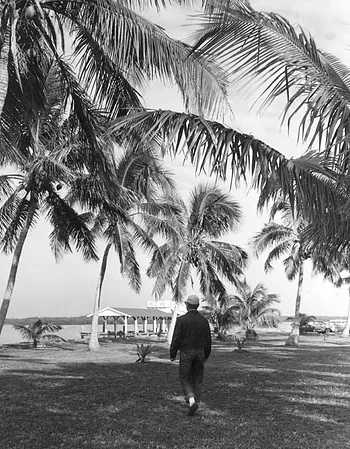 Members of “Marco Inn Tarpon Club” are featured inside the front entrance of the restaurant. The Tarpon Club was initiated for any guest who caught a tarpon weighing 60 pounds or more. Scales mounted in the frames are a permanent record of the year, the angler who caught the fish, and its weight and length. Members were given a keepsake pin in celebration of their catch. In addition, anyone catching a tarpon had their name announced in the dining room that evening and was given a bottle of champagne with dinner.

The original owner of the Marco Inn, Capt. Bill Collier started constructing special tarpon fishing vessels to meet the demand of the fishermen. In the spring of 1895, Capt. Collier found wood and cordage while digging on property near the Inn and mentioned the find to Charles Wilkins, a tarpon fisherman. That conversation triggered a series of events that led to the discovery of over 2,000 Calusa artifacts found just South of the Inn the following year. These artifacts are now on display at the British Museum in London, the Smithsonian Institution in Washington D.C., and the Florida Museum of Natural History in Gainesville, Fl. The most significant find was “The Key Marco Cat,” a small statue of a kneeling wooden feline found on Marco in 1896. It was found by Frank Hamilton Cushing during this archaeological dig.

The original Key Marco, now known as Olde Marco, was once a separate Island located north of the main part of Marco Island. When Cushing arrived in 1896, he arrived by boat and docked just west of Key Marco along Collier Creek, the channel that leads from Collier Bay to the Marco River. Capt. Bill Collier had just opened the Marco Inn to paying guests and Cushing was one of the first to stay here.

During the Great Depression, George Ruppert, brother of the owner of the NY Yankees and a beer brewer, took full ownership of Key Marco in 1936, under his company, The Marco Island Corporation. The submerged lands purchased from the State of Florida were filled in the 1940s and 1950s connecting Key Marco permanently to the main island. In 1963, the Marco Island Corporation platted and developed Old Marco Village, making it virtually impossible to see that there was once a separate island where Olde Marco now exists. 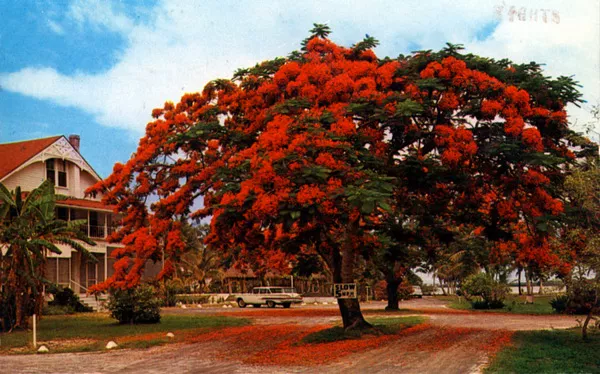 In 1970, after several other owners, German Chef Wilhelm Blomeier and his wife Marion began the Inn’s tradition of fine European dining. During the Blomeier years, the Inn had many famous guests including President George Bush, comedians Jackie Gleason and Art Carney, as well as financier Donald Trump.

In 1999, the Inn was restored and renovated when it became the property of a Minnesota partnership. Period pieces from the 19th century which still grace the Inn include a 2000 prism glass chandelier once owned by Guy Lombardo and Audubon prints dating to 1850. In addition, fifty-one elegant suites decorated in a tropical style have been added in two adjacent wings

Under new ownership since 2008, the hotel and Bistro Soleil are now two separate operating entities. Chef Denis continues the tradition of European dining in this warm and inviting historical atmosphere.

Historical Information written by Craig Woodward, who moved to Marco in 1968 and has practiced law in Collier County since 1980. For many years, Craig has led a history tour of the Island for the Chamber of Commerce’s Leadership Marco program. He also has a home in Everglades City and has a deep interest in local and Florida history. Craig grew up in Olde Marco near the Inn.

We use cookies to enhance your experience and improve our services and our website’s functionality. By continuing to use our website, including remaining on the landing page, you consent to our use of cookies.